We have 23 prides and gay events in USA for 2022.
PinkUk have a total of 71 LGBTQ+ prides and gay events in 18 countries for 2022.
Click on the event's name for full details for the applicable event that includes a map of the event's location, or click on the country's name for a list of prides in that country for 2022.
If you scroll down, you can see all the prides listed in date order.

10 January 2022
Fort Lauderdale: We’ve got a never-before-offered adventure waiting for you and the LGBT+ community! Sailing 7 nights from convenient Fort Lauderdale on the beautiful and fully-revolutionized Celebrity Millennium, we’re taking you deeeeeeep into the Southern Caribbean to explore two of the most idyllic islands in [...] 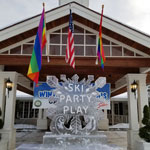 19 January 2022
The Golden Eagle Resort: Stowe Vermont's LGBTQ Winter Pride Festival takes place from the 19 January to the 23rd January 2022. Winter Rendezvous are pleased to announce Winter Rendezvous 2022 will be off the charts! Get ready to Grab Your Balls and Bowl at the opening party, booze it up at the Bonfire Cocktail Reception, [...] 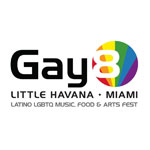 13 February 2022
Little Havana: Gay8 Festival will take place on Sunday the 13th February 2022. Gay8 Festival is the largest Hispanic, LGBTQ music, food, and art fun fest in the nation with over 60,000 attendees in 2018! Its founders Damian Pardo and Joe Cardona thought of creating one day of fun with music, dance, savoury [...] 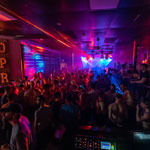 23 February 2022
Main Street: Utah Gay Ski Week takes place from 23rd to the 27th February 2022. Utah Gay Ski Week are desperate for safe ways to come together, as friends and as a community. And participating in outdoor activities in amazing natural destinations is the safest way to play at this point. In the summer, road [...]

24 February 2022
Palm Springs: International Bear Convergence (IBC) is the premier winter event for Bears in Palm Springs, California, welcoming thousands of frisky, bears, muscle bears, cubs, chasers, chubs, admirers & their fans to have the time of their lives! The four-day event comes to life with DJs, live entertainment and [...] 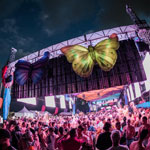 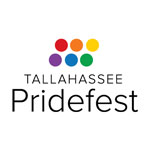 21 May 2022
East Lawrence Avenue: Springfield PrideFest (Illinois) 2022 takes place on Saturday 21st May 2022 In the Fall of 2010 staff at the Phoenix Center asked a question. Why don’t we (Springfield) have a Pride Festival? A group of interested people got together and decided to make it happen. In May 2011 Springfield [...] 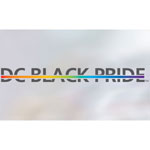 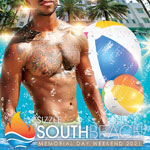 26 May 2022
Miami: Sizzle Miami takes place from the 26th May to 30th May 2022. Due to Covid-19 we’re left with no choice but to look ahead and plan for a bigger, better Sizzle Miami next Memorial Day Weekend of 2022. We certainly appreciate the interest and support, and we look forward to hosting you next year. [...] 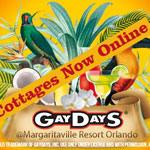 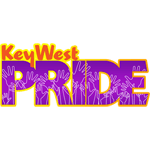 01 June 2022
Key West: Key West Pride takes place from Wednesday the 1st to Sunday the 5th June 2022. Key West Pride 2022 celebrate PRIDE on a tropical island that is legendary for its laid back style and its open and accepting atmosphere. Whether you’re looking to party with friends, travel with family, or get lost in [...] 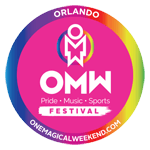 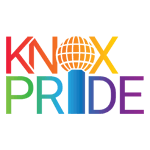 11 June 2022
Knoxville: Knox Pride takes place on Saturday the 11th June 2021. Knox Pride Festival is an open celebration of music, entertainment and speakers focused on promoting Equality and Inclusion of all people. Throughout the afternoon and evening, vendors will have the opportunity to display information about [...] 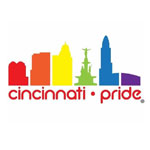 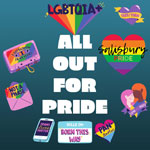 25 June 2022
Salisbury: Salisbury pride takes place on Saturday the 25th June 2022. In 2022, we honour the achievements we have made thus far while looking forward to a brighter and better future! Salisbury is a diverse, eclectic city, and our hopes for Salisbury Pride Parade 2022 are to build alliances that work towards [...] 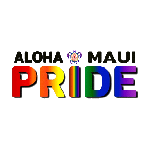