Popper Super Shop on PinkUk    POPPERS SALE UK ONLY website
This advert has been viewed 900,561 times since 09 November 2020.
Would you like your advert here? 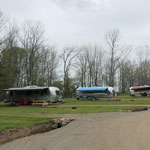 Updated: 15 May 2021
At Jones Pond we are more than just camping! We offer over 100 acres in Western New York State, a stunning place to enjoy nature and our first class facilities. Whether you are spending the day at [...]
More info on Jones Pond Campground and RV Park
Booking.com
Contact us | Advertise with us | Accessibility | Privacy policy | Testimonials | Donate | © 1999 - 2021
Share  |