Esmale Limited on PinkUk    ESMALE, Gay Adult Super Store website
This advert has been viewed 1,029,013 times since 16 June 2020.
Would you like your advert here? 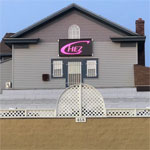 Updated: 13 Feb 2020
Chez Est are Hartford's only LGBTQ+ Restaurant | Bar | Cabaret Open 7 days a week and proudly serving all the community for over 40 years! Here at the Hez, "there's something for everyone"
More info on Chez Est 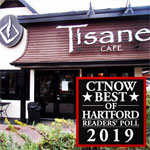 Updated: 10 Jul 2021
Tisane’s history was founded in coffee culture and is tempered with tea spirit. Our fascination with the exceptional products that are enjoyed in cultures around the world, inspired us to create our [...]
More info on Tisane Euro-Asian Cafe
Booking.com
Contact us | Advertise with us | Accessibility | Privacy policy | Testimonials | Donate | © 1999 - 2021
Share  |