Esmale Limited on PinkUk    ESMALE, Gay Adult Super Store website
This advert has been viewed 965,396 times since 16 June 2020.
Would you like your advert here?

We have 3 Towns/Cities in Arkansas.

We have no future LGBTQ+ prides/events in Usa, Arkansas 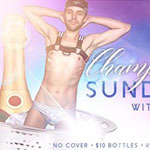 Updated: 09 Jun 2021
Club Sway has a central dance floor fit for small and large entertainment productions, Club Sway in Little Rock is a beautiful and versatile venue. We've hosted everything from live theatre to [...]
More info on Club Sway

Updated: 09 Dec 2020
Located in the Little Rock River Market District, this hotel is a 5-minute walk to the Clinton Presidential Center. It features a 24-hour gym and all rooms have a refrigerator. Guests have free [...]
More info on Courtyard by Marriott Little Rock West 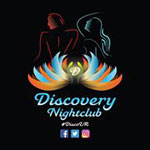 Updated: 17 Jun 2021
Discovery is your place for Saturday night entertainment! This place gets lit. Be chic and bring your arm candy; you'll have a fantastic time. Multi-room party spot gives you plenty of options with 3 [...]
More info on Discovery Night Club
Booking.com
Contact us | Advertise with us | Accessibility | Privacy policy | Testimonials | Donate | © 1999 - 2021
Share  |