We have no future LGBTQ+ prides/events in Usa, Delaware 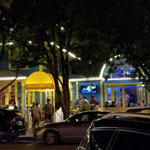 Updated: 13 Feb 2020
Blue Moon has exceptional Fine Dining & Entertainment in Downtown Rehoboth Beach The Blue Moon is open 7 days a week serving Dinner from 5pm and Sunday Brunch 10am to 2pm. Looking for a fun, yet [...]
More info on Blue Moon 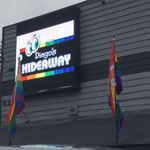 Updated: 14 Feb 2020
Square One Grill the restaurant partner of Joe & Darryl, former owners of Dos Locos-go back to their original location over 20 years ago. This modern American Beach Lounge & Martini Bar offering [...]
More info on Square One Grill
Booking.com
Contact us | Advertise with us | Accessibility | Privacy policy | Testimonials | Donate | © 1999 - 2021
Share  |