Touch of London on PinkUk    Touch of London gay massage website
This advert has been viewed 1,402,822 times since 15 July 2019.
Would you like your advert here? 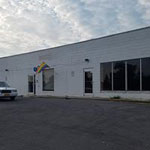 Updated: 26 Jun 2020
Welcome! Impulse is a non-profit gay social club in Charlottesville, VA. Mother Company is Salty Dog Society Inc. All Guest fees and Member fees are considered to be donations, so they are not [...]
More info on Impulse Gay Social Club
Booking.com
Contact us | Advertise with us | Accessibility | Privacy policy | Testimonials | Donate | © 1999 - 2021
Share  |