Esmale Limited on PinkUk    ESMALE, Gay Adult Super Store website
This advert has been viewed 1,023,778 times since 16 June 2020.
Would you like your advert here? 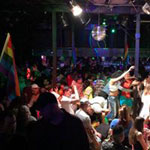 Updated: 17 Jun 2021
The Park is Roanoke’s Premiere Dance Club and Events Venue Since 1978 The Park Dance Club has provided the area with the best nightlife and entertainment in the Star City. From world renowned Drag [...]
More info on The Park
Booking.com
Contact us | Advertise with us | Accessibility | Privacy policy | Testimonials | Donate | © 1999 - 2021
Share  |