Esmale Limited on PinkUk    ESMALE, Gay Adult Super Store website
This advert has been viewed 1,023,632 times since 16 June 2020.
Would you like your advert here? 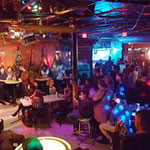 Updated: 30 Jul 2021
Babe's of Carytown are an LGBTQ owned and operated establishment, celebrating 32 years in Business. Voted best of Richmond so many times, and in so many categories they had to place us in the Hall of [...]
More info on Babe's of Carytown 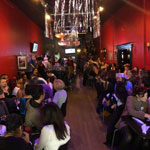