LGBT Foundation on PinkUk    LGBTQ Foundation Rainbow Charging Cable
This advert has been viewed 126,130 times since 11 August 2022.
Would you like your advert here?

The Ledward Centre, a safe and inspiring place for the LGBTQ+ community and their friends. First recommended by the Count Me In Too, report ten [...]

Gay scene in Tyne And Wear

We have 1 Towns/Cities in Tyne And Wear.
Newcastle (1 venue) | 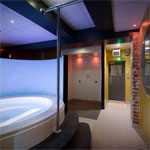 Updated: 01 Apr 2022
At Number 52 all Members receive a £5 return voucher for every standard visit of £8 or £10 paid. Fully Licenced Bar and Sex Cinema BUZZER ENTRY at both front and back of the building. FREE PARKING [...]
More info on Number 52