PinkUk Competitions website
This advert has been viewed 102,273 times since 19 June 2021.
Would you like your advert here?

Gay saunas, steam rooms and gay sex clubs in the UK
Use the county select drop down on the right to display gay saunas in that county. There are 178 gay saunas venues, in 32 countries on PinkUk.

We have 1 Towns/Cities in East Yorkshire. 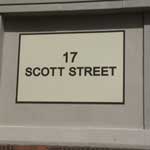