Esmale Limited on PinkUk    ESMALE, Gay Adult Super Store website
This advert has been viewed 1,029,040 times since 16 June 2020.
Would you like your advert here?

Hello and a very warm welcome to Tantric Soul, Gay massage London, established 2005. We are London's most popular and skilled Body to body and [...]

We have 1 Towns/Cities in Leicestershire. 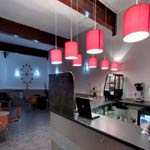 Updated: 11 Dec 2020
Splash Spa & Leisure is the largest sauna for gay and bisexual men in the East Midlands, and the perfect place to relax and unwind and meet like-minded guys. Unlike the other saunas in Leicester, [...]
More info on Splash Spa and Leisure