PRIDE PAPER STRAWS! website
This advert has been viewed 79,517 times since 12 March 2021.
Would you like your advert here? 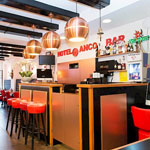 Our building has been facing one of the famous Amsterdam canals since 1640. Right across the oldest church of Amsterdam you'll find us in the midst of one of the busiest and entertaining area's of Amsterdam. We are a short walk away from lots of [...]

We have 2 Regions in Portugal.