Popper Super Shop on PinkUk    POPPERS SALE UK ONLY website
This advert has been viewed 892,905 times since 09 November 2020.
Would you like your advert here? 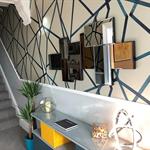 A warm and friendly welcome awaits you at Brierholme Guest House in Keswick. We are a young gay couple providing highly commended bed & breakfast [...]

We have 3 Regions in Canada.