Esmale Limited on PinkUk    ESMALE, Gay Adult Super Store website
This advert has been viewed 1,019,710 times since 16 June 2020.
Would you like your advert here?

We have 1 Towns/Cities in Dorset. 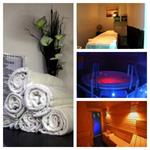 Updated: 30 Nov 2020
At Saunabar we provide you with a friendly, relaxed atmosphere. Where nothing is too much trouble and cater for your every need. The team at sauna bar will be happy to show you around on your first [...]
More info on SaunaBar Bournemouth