Ty Rosa Boutique B&B on PinkUk No1 Hind Stile Boutique BnB website
This advert has been viewed 307,710 times since 30 April 2020.
Would you like your advert here? 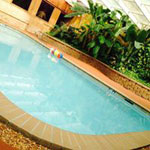 Other venues in Georgia: Clubs | Places to Eat | Pubs | Saunas | Hotels | Self catering