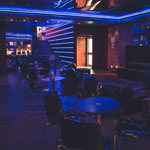 Other venues in Sicily: B&Bs | Places to Eat | Saunas | Hotels