Esmale Limited on PinkUk ESMALE, Gay Adult Super Store website
This advert has been viewed 63,130 times since 16 June.
Would you like your advert here? 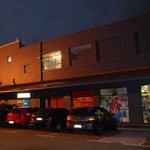 Updated:
05 Jun 2020
Perth Steam Works is Perth's only gay male sauna. We are situated in the Northbridge area in the heart of Perth's bustling restaurant and nightclub area only a few minutes from the CBD. We are within [...]
More info on Perth Steam Works