Touch of London on PinkUk    Touch of London gay massage website
This advert has been viewed 1,394,583 times since 15 July 2019.
Would you like your advert here? 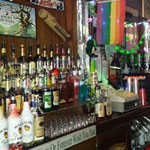 Updated: 30 Jul 2021
Scooter's Bar is a locally owned and operated gay bar in Eau Claire, Wisconsin. A short walk from the downtown and Phoenix Park areas, Scooter's is an eight-year recipient of Volume One's "Best Of" [...]
More info on Scooters Bar
Booking.com
Contact us | Advertise with us | Accessibility | Privacy policy | Testimonials | Donate | © 1999 - 2021
Share  |