Touch of London on PinkUk    Touch of London gay massage website
This advert has been viewed 1,387,784 times since 15 July 2019.
Would you like your advert here? 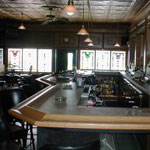 Updated: 30 Jul 2021
Rascals is a gay owned and operated bar and grill located in Appleton, Wisconsin. Although mostly patronized by the LGBT Community, everyone is welcome to enjoy the friendly staff and relaxed [...]
More info on Rascals Bar
Booking.com
Contact us | Advertise with us | Accessibility | Privacy policy | Testimonials | Donate | © 1999 - 2021
Share  |