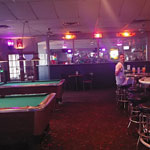 Updated: 18 Feb 2020
Rainbow Cactus Company, bringing you the best in Hampton Roads entertainment the Rainbow Cactus is a venue that brings people together from all walks of life! Offering a dinner menu and shows 4 [...]
More info on Rainbow Cactus Company
Booking.com
Contact us | Advertise with us | Accessibility | Privacy policy | Testimonials | Donate | © 1999 - 2021
Share  |