Tantric soul Gay massage London on PinkUk    Tantric Soul gay massage in London website
This advert has been viewed 95,887 times since 14 August 2021.
Would you like your advert here? 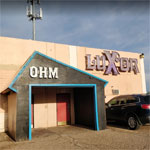 Updated: 19 Feb 2020
Club Luxor is Lubbock’s premier and legendary alternative lifestyles night club. Established in October of 1998, it has been a Mecca for national and world renowned entertainers and DJ’s. Club Luxor [...]
More info on Club Luxor
Booking.com
Contact us | Advertise with us | Accessibility | Privacy policy | Testimonials | Donate | © 1999 - 2021
Share  |