We have no future LGBTQ+ prides/events in Usa, New Jersey 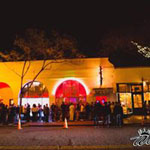