Touch of London on PinkUk    Touch of London gay massage website
This advert has been viewed 1,381,511 times since 15 July 2019.
Would you like your advert here? 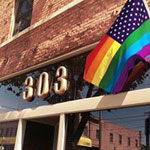 Updated: 10 Jul 2021
Bistro 303 is a Gay Little Bistro and Bar in Westport We offer a French-bistro-inspired menu, accompanied by craft cocktails and relaxing wine in a fun and comfortable atmosphere. We started out as [...]
More info on Bistro 303 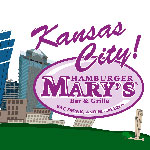 Updated: 10 Jul 2021
Hamburger Mary's. Kansas City Tasty apps, juicy burgers, and delicious desserts, all served up with a side of sass! Come on in to eat and stick around for one of our nightly events. Mary also cooks [...]
More info on Hamburger Mary's