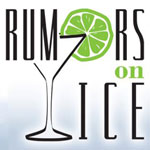 Updated: 15 Feb 2020
Rumors On Ice bar has just about anything and everything you could desire with a huge liquor selection: from standard beers, craft and draft beers, hard cider & wines to absinthe made with our [...]
More info on Rumors On Ice
Booking.com
Contact us | Advertise with us | Accessibility | Privacy policy | Testimonials | Donate | © 1999 - 2021
Share  |