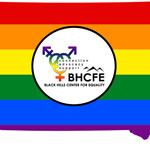 Updated: 25 Aug 2020
The goal of Black Hills Center for Equality is to provide the resources, education and networking necessary to enhance the lives of diverse groups of people, with special outreach services to the [...]
More info on Black Hills Center for Equality
Booking.com
Contact us | Advertise with us | Accessibility | Privacy policy | Testimonials | Donate | © 1999 - 2021
Share  |