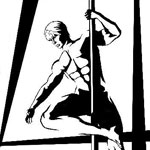 Updated: 17 Jun 2021
New England's Premier Nude Male Strip Club Located in Springfield, Massachusetts, where you will find a full spectrum of entertaining options ready to amuse every night. The X-Room at Mardi Gras [...]
More info on The X-Room at Mardi Gras
Booking.com
Contact us | Advertise with us | Accessibility | Privacy policy | Testimonials | Donate | © 1999 - 2021
Share  |