We have no future LGBTQ+ prides/events in Usa, Alaska 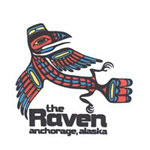 Updated: 08 Jun 2021
The Raven is a gay bar in Anchorage, Alaska. Everyone is welcome. Our neighbourhood bar has a large outdoor patio, pool, jukebox, darts, pinball, and lots of friendly locals. The Raven has been [...]
More info on The Raven Bar
Booking.com
Contact us | Advertise with us | Accessibility | Privacy policy | Testimonials | Donate | © 1999 - 2021
Share  |