Massage by a Straight Swedish masseur website
This advert has been viewed 42,929 times since 29 September 2021.
Would you like your advert here?

We have no future LGBTQ+ prides/events in Usa, Nebraska 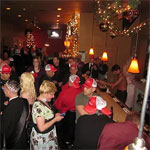 Updated: 20 Jul 2021
Flixx, Omaha The Lounge Sit back, relax and enjoy a few drinks with friends at the bar or kick up your feet next to the fireplace while watching the hottest new videos on our LCD TVs. Don't forget [...]
More info on Flixx 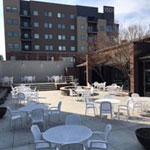 Updated: 20 Jul 2021
The Max is one of the biggest gay dance club in America. The Max Omaha provides the ultimate dance club experience with two distinctly different, high-energy dance floors – both equipped with [...]
More info on The Max
Booking.com
Contact us | Advertise with us | Accessibility | Privacy policy | Testimonials | Donate | © 1999 - 2021
Share  |