Massage by a Straight Swedish masseur website
This advert has been viewed 39,237 times since 29 September 2021.
Would you like your advert here?

We have no future LGBTQ+ prides/events in Usa, Minnesota 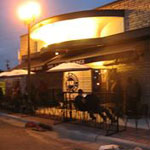 Updated: 20 Jul 2021
The Black Hart opened August 2018 in the space of the old Town House Bar. Located a thousand feet from the new Allianz Field, the Black Hart is the new spiritual home for soccer in the Twin Cities, a [...]
More info on Black Hart of Saint Paul 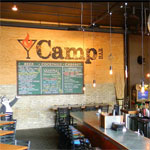 Updated: 20 Jul 2021
Camp Bar features a wide array of events and performances throughout the year both on our front bar stage and on our main stage in The Cabaret @ Camp. We pride ourselves on keeping a dynamic calendar [...]
More info on Camp Bar
Booking.com
Contact us | Advertise with us | Accessibility | Privacy policy | Testimonials | Donate | © 1999 - 2021
Share  |