Popper Super Shop on PinkUk POPPERS SALE UK ONLY website
This advert has been viewed 306,611 times since 09 November 2020.
Would you like your advert here?

We have 8 Towns/Cities in West Midlands. 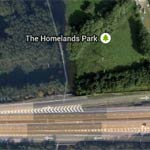 Updated: 14 Feb 2021
Gay Outside cruising up Bridle Path tree and bush lined better late evening. Along the Stafford Road to Coven Heath turn left down Ball Lane follow the lane down over the canal bridge to the bottom [...]
More info on Coven Heath