Esmale Limited on PinkUk    ESMALE, Gay Adult Super Store
This advert has been viewed 2,508,303 times since 16 June 2020.
Would you like your advert here?

Townhouse Exeter is a gay-owned, gay-friendly, 9-bedroom guesthouse tucked away in a quiet corner of Exeter's city centre. We are about duvets & [...] 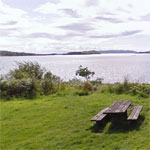 Updated: 11 Jun 2021
Layby just south from the village of Arduaine on the A816. Picnic and viewpoint area, partly screened by foliage in Summer. Many use the path to the loch shoreline as a toilet stop. Guys sitting [...]
More info on Arduaine Layby