Popper Super Shop on PinkUk POPPERS SALE UK ONLY website
This advert has been viewed 135,736 times since 09 November 2020.
Would you like your advert here?

We have 3 Towns/Cities in Durham. 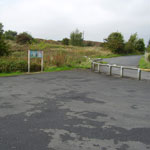 Updated: 19 May 2020
There are 3 car parks on the hills outside Chester Le Street, the best is the second on your left as you come out of Chester, turn into the park then drive along to the bottom and park up. If you [...]
More info on Waldridge Fell