Esmale Limited on PinkUk    ESMALE, Gay Adult Super Store website
This advert has been viewed 1,016,705 times since 16 June 2020.
Would you like your advert here?

We have 1 Towns/Cities in Tyrone. 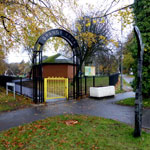 Updated: 20 Sep 2021
The Grange Park is at the end of Mountjoy Road. Cruisy park, so be aware of dog walkers.
More info on The Grange