Esmale Limited on PinkUk    ESMALE, Gay Adult Super Store
This advert has been viewed 2,481,459 times since 16 June 2020.
Would you like your advert here?

The Ledward Centre, a safe and inspiring place for the LGBTQ+ community and their friends. First recommended by the Count Me In Too, report ten [...]

We have 1 Towns/Cities in Monmouthshire.
Cwmbran (2 venues) | 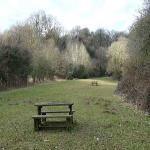 Updated: 14 Feb 2021
This cruising site is difficult to find first time, but when found, just park up. You will soon see men walking up into the bushes/woods. Very discreet but plenty of action.
More info on Sor Brook Picnic Area