Popper Super Shop on PinkUk POPPERS SALE UK ONLY website
This advert has been viewed 141,273 times since 09 November 2020.
Would you like your advert here? 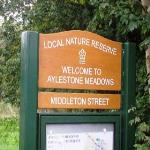 Updated: 29 May 2013
Gay Cruising ground Busy from Lunch time until late at night. Also used by dog walkers but they tend to stick to the paths. Areas behind car park are the main cruising grounds. Ages range from 18 to [...]
More info on Aylestone Meadows

Updated: 13 Mar 2016
Cruising and cottaging both take place everyday at knighton park. The toilet block has 2 cubicles both with glory holes
More info on Knighton Park

Updated: 19 Jan 2012
Walk through the public footpath to the small wood located behind the houses where woodfield road turns into templar way. The small wood leads onto another field with lots of possible places.
More info on Rothley Woods