Popper Super Shop on PinkUk    POPPERS SALE UK ONLY
This advert has been viewed 991,002 times since 09 November 2020.
Would you like your advert here?

THE ROYAL VAUXHALL TAVERN The much loved Royal Vauxhall Tavern is an Iconic London landmark and an award-winning cabaret, performance and club night [...]

We have 10 Towns/Cities in Somerset. 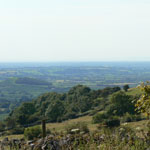 Updated: 11 May 2021
Location is in the large open car park, between Priddy and Wookey Hole. With wooded area / open fields. Activity when dark only in and out of cars. Police sometimes drive past so use discretion. [...]
More info on Deepleap