Esmale Limited on PinkUk ESMALE, Gay Adult Super Store website
This advert has been viewed 263,062 times since 16 June 2020.
Would you like your advert here? 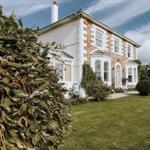 Ivy House is a boutique B&B in the historic market town of St Austell, in the heart of Cornwall. Gay-owned and run, we welcome members of the LGBTQ+ community from across the UK and around the world. Ivy House Cornwall B&B offer a choice of 3 [...]

We have 2 Towns/Cities in Suffolk.

Dunwich Forest
On the Dunwich Road (turn off from B1125)
Dunwich, Suffolk
Gay Cruising
Rating:

Updated: 19 Jan 2012
Cruising area sited in middle of Dunwich Forest, plenty of trees to get into! I was told about this place some time ago by a gay mate but never bothered to go there until recently, so have so far [...]
More info on Dunwich Forest