Popper Super Shop on PinkUk POPPERS SALE UK ONLY website
This advert has been viewed 311,922 times since 09 November 2020.
Would you like your advert here?

Townhouse Exeter is a gay-owned and run, 9-bedroom guesthouse in the centre of Exeter. We are about duvets, dishes and having a great stay while in Exeter! So stay with us for a tasty breakfast, comfortable rooms, free Wi-Fi and complimentary [...]

We have 7 Towns/Cities in Kent. 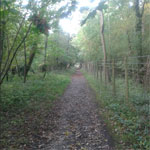 Updated: 17 Jul 2019
This is a very cruisy spot in the woods (Hayes Common)! North a short distance from Biggin Hill Airport in Kent, west of Orpington, east of Croydon, south of Bromley. Leave your car in the car park [...]
More info on Hayes Common