Esmale Limited on PinkUk    ESMALE, Gay Adult Super Store
This advert has been viewed 2,019,794 times since 16 June 2020.
Would you like your advert here? 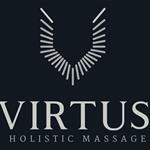 Updated: 04 May 2021
Stansted Airport, Main terminal building Just after duty-free, the toilets behind a row of shops is claimed to be a cruising hotspot, though the review warns it is hit and miss depending on what time [...]
More info on Stansted Airport