TS London Escorts
This advert has been viewed 4,797 times since 30 June 2022.
Would you like your advert here? 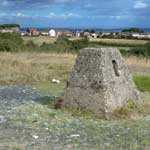 Updated: 16 Feb 2021
A few minutes walk from the Working Mens club. Follow the path into the wooded area. Great place to meet others if you arrange before hand.
More info on KnowHills