Massage by a Straight Swedish masseur website
This advert has been viewed 49,804 times since 29 September 2021.
Would you like your advert here?

We have 14 Towns/Cities in East Sussex. 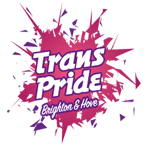 Updated: 14 Sep 2020
Gay Run The Gay Caravan and Motorhome Club (GCMC), is the longest running UK based club for the gay community who happen to own either a tent, motorhome of caravan and enjoy spending breaks away [...]
More info on The Gay Caravan and Camping Club
Booking.com
Contact us | Advertise with us | Accessibility | Privacy policy | Testimonials | Donate | © 1999 - 2021
Share  |