Esmale Limited on PinkUk    ESMALE, Gay Adult Super Store website
This advert has been viewed 958,679 times since 16 June 2020.
Would you like your advert here?

We have 3 Towns/Cities in Ayrshire. 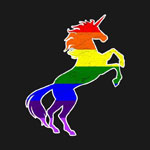 Updated:
26 Jun 2021
Very Gay Friendly Doonbank Cottage Bothy: Whether you're looking for a one night business stopover, a couple of nights to attend a wedding at the Brig O'Doon, a romantic getaway or a one or two week [...]
More info on Doonbank Bothy
Booking.com
Contact us | Advertise with us | Accessibility | Privacy policy | Testimonials | Donate | © 1999 - 2021
Share  |