Popper Super Shop on PinkUk    POPPERS SALE UK ONLY
This advert has been viewed 1,724,384 times since 09 November 2020.
Would you like your advert here?

Gay Run Esmale is an online only adult store for men, we offer a massive collection of sex toys, underwear, fashion, fetish and adult novelty [...] 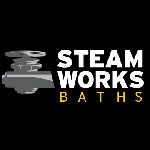