Esmale Limited on PinkUk    ESMALE, Gay Adult Super Store
This advert has been viewed 2,156,351 times since 16 June 2020.
Would you like your advert here?

Located in one of Brighton's famous historical Regency Squares, this charming one-bedroom apartment is fully renovated to a high standard. Interior [...]

We have 1 Towns/Cities in Arizona.
Phoenix (1 venue) | 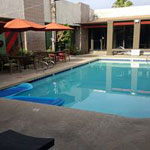