Esmale Limited on PinkUk ESMALE, Gay Adult Super Store website
This advert has been viewed 259,300 times since 16 June 2020.
Would you like your advert here?

We have 7 Regions in Italy.

We have 3 Towns/Cities in Lombardy. 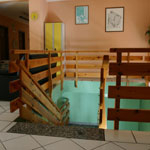 Updated: 03 Jun 2019
The City Sauna Club is arranged on three "thematic" floors; in the basement there is a wellness area where there are two large Finnish saunas, a steam bath with differentiated temperature, a large [...]
More info on The City Sauna Club