Popper Super Shop on PinkUk    POPPERS SALE UK ONLY
This advert has been viewed 2,363,765 times since 09 November 2020.
Would you like your advert here?

PinkUk has 9 gay saunas/bars in Italy and 175 Worldwide, in 33 countries.

We have 1 Towns/Cities in Piedmont.
Turin (2 venues) | 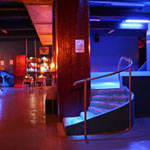 Updated: 29 Aug 2021
011 Sauna Club, the club for men only in the heart of Turin, is an affiliated association ARCO (Recreational Association of Homosexual Circles) It is a meeting place for the Turin gay community that [...]
More info on 011 Sauna Club 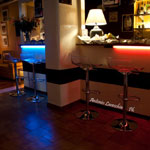 Updated: 13 May 2021
Garage Club; here we are again, at the beginning of a new, long year. After rebuilding our health zone with a large hydromassage pool and a high tech steam bath, last summer suggested us new ideas: a [...]
More info on Garage Club