Tantric Soul gay massage in London
This advert has been viewed 1,394,737 times since 14 August 2021.
Would you like your advert here?

We have no future LGBTQ+ prides/events in Canada, Quebec 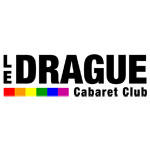 Updated: 27 Mar 2021
Le Drague Cabaret Club is both a cabaret, a club and a trendy place where it is good to meet friends. Symbolizing the bridge between gay, lesbian and hetero friendly communities, Drague has proudly [...]
More info on Le Drague Cabaret Club
Booking.com
Contact us | Advertise with us | Accessibility | Privacy policy | Testimonials | Donate | © 1999 - 2022
|