Esmale Limited on PinkUk    ESMALE, Gay Adult Super Store
This advert has been viewed 2,302,778 times since 16 June 2020.
Would you like your advert here?

We have no future LGBTQ+ prides/events in Canada, Quebec 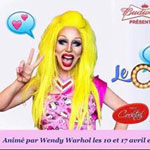 Updated: 06 Apr 2021
Bar Le Cocktail is a very easy to access, Le Cocktail bar, with its summer terrace, its exclusive architecture and its superb mezzanine is certainly one of the most popular bars in the village. From [...]
More info on Bar Le Cocktail 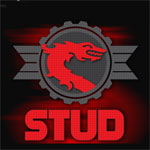 Updated: 13 Jul 2022
Bar Le Stud, since its opening on December 5, 1995, the Stud bar has stood out in the gay village of Montreal. His motto "A men's bar, where men love men." represents his clientele well. With its [...]
More info on Bar Le Stud 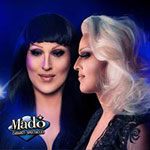 Updated: 30 May 2022
Mado Lamotte is Montreal's most popular drag queen who became famous for hosting one of the biggest drag shows called Mascara. Cabaret Chez Mado is her home, where she hosts some of the city's best [...]
More info on Cabaret Mado 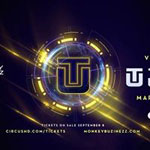 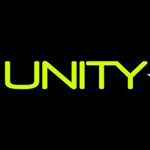 Updated: 06 Apr 2021
Club Unity is located in the heart of the Gay Village of Montreal. With its 2 rooms, VIP lounge and large rooftop terrace, Unity is known for being a place to have fun in a friendly, festive and [...]
More info on Club Unity 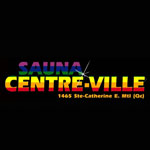 Updated: 16 Dec 2021
Located in the heart of the Village, the Sauna Center Ville is frequented by a clientele of all ages and all professional categories. About sixty rooms and as many lockers, spread over two floors. [...]
More info on Sauna Centre-Ville 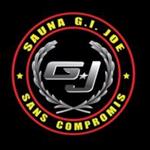 Updated: 14 Dec 2021
The GI Joe Sauna is the most popular and largest sauna in Quebec, 14,000 sq.ft. of pleasure, spread over four floors as well as a large roof terrace, the atmosphere was recently renewed decor, it's [...]
More info on Sauna G.I. Joe 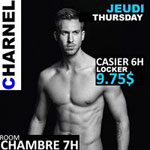 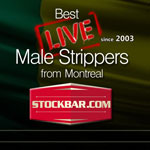 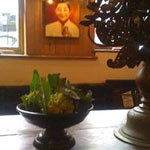 Updated: 06 Apr 2021
Titanic first opened in 1989 by Rob Hack and Patrick Meausette in an abandoned 12 seat diners in the bowels of a warehouse building in a rather vacant Old Montreal. Over 25 years later the original [...]
More info on Titanic Montreal
Booking.com
Contact us | Advertise with us | Accessibility | Privacy policy | Testimonials | Donate | © 1999 - 2022
|