Tantric soul Gay massage London on PinkUk    Tantric Soul gay massage in London
This advert has been viewed 1,259,710 times since 14 August 2021.
Would you like your advert here? 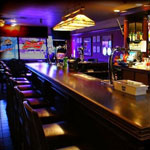 Updated: 06 Apr 2021
Carrigan Arms Saturday Night Music: Join Us every Saturday night at 8pm for amazing music by various groups. See the schedule for details. ​Join Us Saturday & Sunday mornings at 9am for EGGS [...]
More info on Carrigan Arms
Booking.com
Contact us | Advertise with us | Accessibility | Privacy policy | Testimonials | Donate | © 1999 - 2022
|