PinkUk Competitions website
This advert has been viewed 93,550 times since 19 June 2021.
Would you like your advert here? 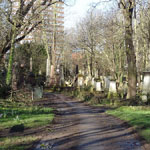 Updated: 29 May 2020
East London cemetery behind the Mile end, is very nice place for cruising, during the day and during the night very safe. The Cemetery Park is located in the heart of East London with good transport [...]
More info on East cemetery Mile End

Updated: 13 Feb 2021
Near the junction of Burdett Road and Bow Common Lane set back behind the pizza place most of the action takes place in the wooded area and further down towards the football pitch. The best time is [...]
More info on Mile End Park
Booking.com
Contact us | Advertise with us | Accessibility | Privacy policy | Testimonials | Donate | © 1999 - 2021
Share  |